SAN JUAN - Three PSJA Early College High School athletes have recently signed letters of intent to continue their wrestling, football career at the collegiate level.
Congratulations to:
Jesus Ceja - Wrestler at PSJA Early College High School -
Jesus was the 2021 Team Captain for the Bear Boys Wrestling Team. He is a three-time Regional Qualifier and a District Champion, as well as the alternate to the State Meet.
Jesus is a hard worker and great leader. His efforts have earned him a scholarship to Buena Vista University in Storm Lake, Iowa where he will be on the wrestling team, and plans to pursue a degree in Business Finance.
Video - 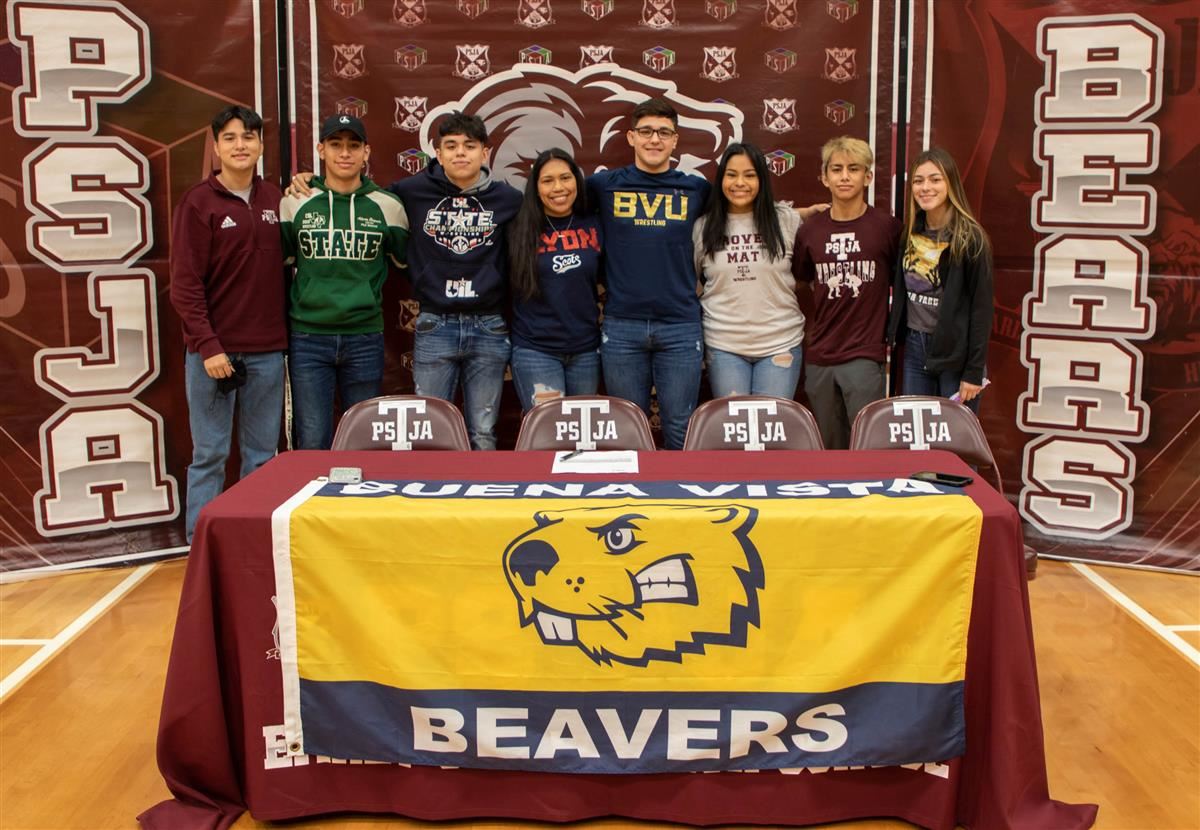