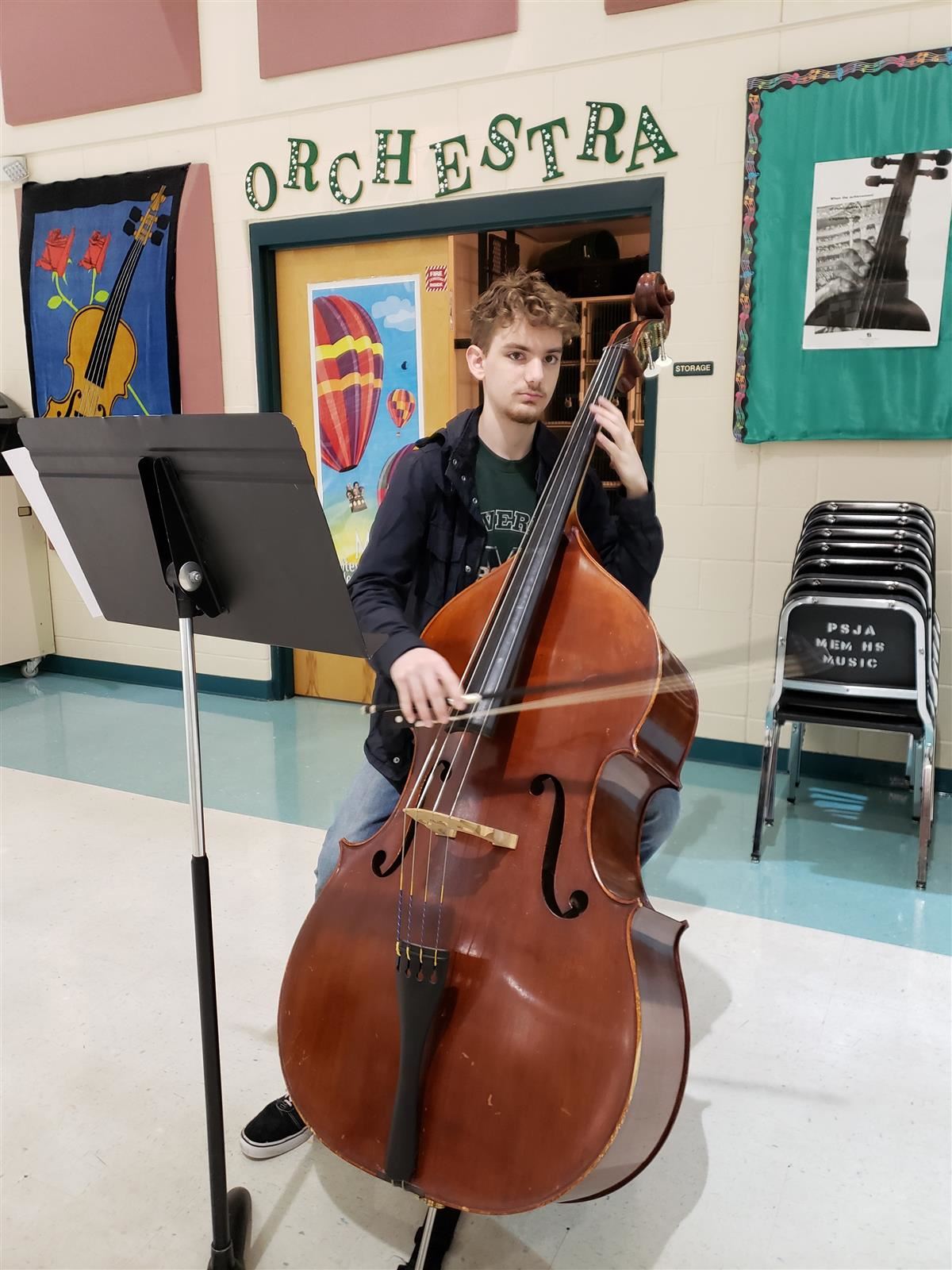 Israel MacDonald earned the spot after auditioning for the TMEA All-State Orchestra on Nov. 2 at the University of Texas Rio Grande Valley and ranking 17th place out of 300 students. MacDonald is under the creative direction of PSJA Memorial ECHS Orchestra Director Martin Treviño

“This is considered a major achievement in the Orchestra world,” said Director Trevino. “I am extremely proud of Israel. He is always working hard, has so many personal goals, and makes it so worthwhile teaching him.”

Every year TMEA sponsors the Texas All-State audition process to promote students' dedication to their musical knowledge and skill and to encourage TMEA member directors to support their students in this development. Beginning each fall, over 70,000 high school students across the state audition in their TMEA Region. Individual musicians perform selected music for a panel of judges who rank each instrument or voice part.

The highest-ranking musicians judged at the TMEA Area competitions qualify to perform in one of 15 Texas All-State Bands, Orchestras, and Choirs. These All-State ensembles rehearse for three days, directed by nationally recognized conductors, and perform on the closing day of the annual TMEA Clinic/Convention.

“I am really happy for the support I receive from Mr. Treviño,” said MacDonald who is pursuing an Associate Degree in Interdisciplinary Studies from South Texas College and plans to study music after high school. “I always try to do the best that I can in everything that I do. It’s an honor to represent my PSJA Family and the RGV.”

In addition to Orchestra and being a part of the PSJA ISD Early College Program, MacDonald is an active member of the PSJA Memorial ECHS Mariachi, Jazz Band, and UIL Journalism.

“Congratulations to Israel and his director for this honor,” said PSJA Superintendent Dr. Jorge L. Arredondo. “At PSJA ISD, we take pride in offering our students the opportunity to participate in nationally recognized academic programs and competitive extracurricular activities to enrich their high school experience and impact their future.”