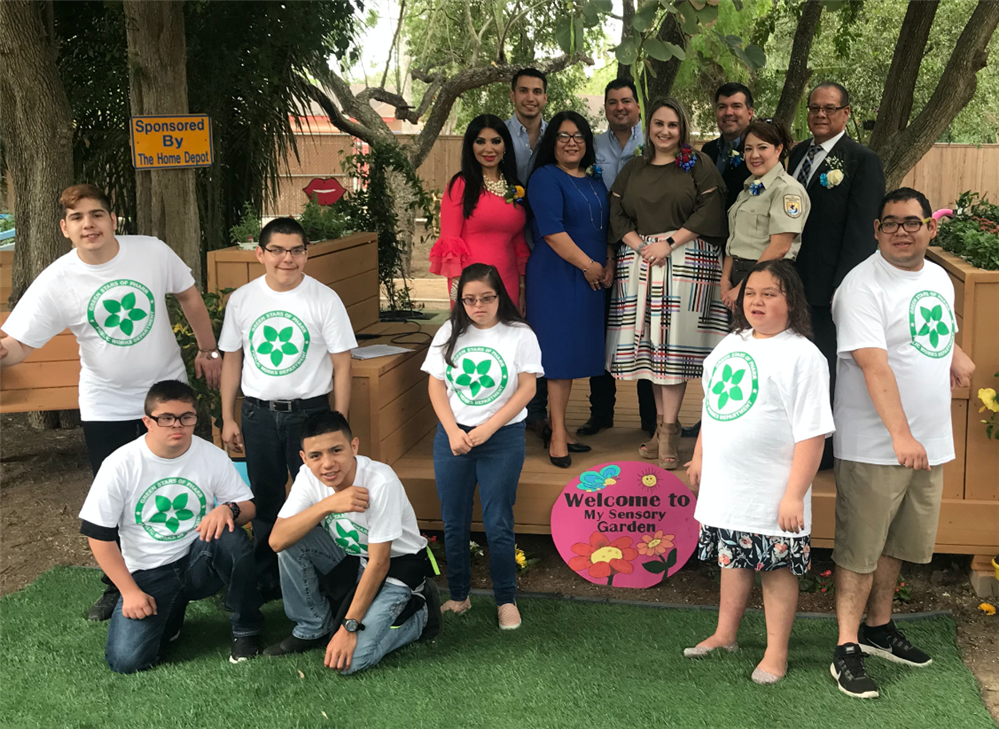 A new Sensory Garden was added to the LIFE House's backyard thanks to a PSJA Education Foundation Mini Grant and other contributing partners. Earlier this year, Mr. Gonzalez, who had served as the PSJA Education Foundation's first President since its inception in 2013 passed away, leaving behind a legacy of altruism for his community. As PSJA High School's 1984 Valedictorian, Gonzalez loved his PSJA community and through his volunteerism would advocate for the improvement of education and opportunities provided to the youth of PSJA.

"This dedication means a lot to our family," said his son Justin Gonzalez. "Knowing my father was so involved in the PSJA community and impacted the lives of so many children is a great honor."

Like his father, Justin is a proud alumnus who graduated from PSJA High School in 2012. He and his twin sister Jenna hope to continue their father's legacy by remaining active in the PSJA ISD community.

According to the PSJA PTI Program Director Veronica Quintana the Sensory Garden would not have been possible without the help and support from the PSJA Education Foundation and various community sponsors.

"We are honored to dedicate this beautiful garden in memory of Mr. Gonzalez," said Quintana. "We thank him for his endless support and dedication to our students."

ABOUT JOEL A. GONZALEZ

He was the heart and soul of the PSJA Education Foundation, serving as President since its inception in 2013 and was a long-time member of the Tri-City Business/Education Coalition.

Throughout his 30-year banking career, he made an impact in the Rio Grande Valley and the PSJA community he loved through his volunteerism and advocating for improving education and opportunities for the youth of PSJA.

He dedicated his life to giving back to his community as a volunteer coach, and a board member in numerous other boards including Nuestra Clinica del Valle, Kiwanis, Pharr Chamber of Commerce and the Pharr Rotary. He also served as President and Board Member of the Boys & Girls Club of Pharr.

Joey attended PSJA schools and was the 1984 Valedictorian of his senior class. He received numerous awards during his PSJA years such as All-State Safety his senior year. He received a Bachelor's Degree in Finance from Pan American University in 1989 and was a Senior Vice President at Texas Regional Bank.